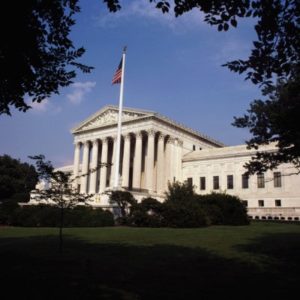 The United States Supreme Court recently had the opportunity to address several important questions regarding the Religious Land Use and Institutionalized Persons Act (RLUIPA) in Tree of Life Christian Schools v. Upper Arlington, Ohio. However, today the Court unfortunately declined to hear the case. This is disappointing but not completely unexpected as the Supreme Court only grants review in roughly 2% of the cases filed with it each year.

As previously discussed here, Dalton & Tomich, PLC represented 342 parents of students who attend Tree of Life Christian School in Upper Arlington, Ohio. We filed an amicus brief in support of the school’s request for the Supreme Court to review the case and reverse the decision of the Sixth Circuit Court of Appeals.

Tree of Life Christian Schools, located in Columbus, OH, seeks to provide students with a Christ-centered learning environment. The 342 parents we represented place high value on an education grounded in biblical truth and the formation of a Christian worldview. In 2010, the school purchased a vacant building in Upper Arlington, Ohio, with the purpose of consolidating its three current campuses into one location. However, the town of Upper Arlington imposed its local zoning code to prevent Tree of Life from using the building even though other similar nonprofits (such as daycare centers) have been allowed to operate in the same zoning district. After Tree of Life filed a lawsuit challenging the town’s actions under RLUIPA, the Sixth Circuit Court of Appeals ultimately held that the town did not discriminate when it refused to let the school use its new building. Tree of Life then appealed to the United States Supreme Court, arguing that the Upper Arlington zoning restrictions violated RLUIPA. The case raised important questions about the proper interpretation of RLUIPA’s equal-terms provision, which places religious entities on equal footing with secular entities when they are located in the same zoning district.

Tree of Life’s position was that Upper Arlington violated RLUIPA’s equal-terms provision and that the Sixth Circuit Court of Appeals adopted an inappropriately narrow view of RLUIPA’s protections. Congress’ purpose in enacting RLUIPA was to provide heightened protections for religious entities, but as Judge Thapar decried in his dissenting opinion in Tree of Life, some courts have significantly weakened those protections. See Tree of Life Christian Sch. v. City of Upper Arlington, Ohio, No. 17-4190 (6th Cir. 2018) Thapar, J., dissenting). Such decisions undermine the strength of RLUIPA’s protection for religious  institutions like Tree of Life, so it will continue to be important to bring cases like Tree of Life to the Supreme Court’s attention. Given the split in the courts over how to interpret RLUIPA and the significance of the rights involved, it may be only a matter of time before the Supreme Court will take religious land use case.