The Cross Church – A RLUIPA Church Land Use Success Story 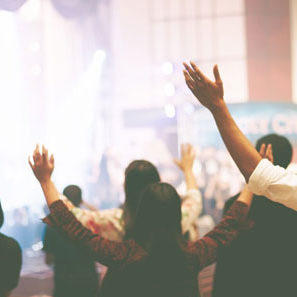 It was my honor to return to Carlinville, Illinois on Sunday, February 24, 2019 to worship at The Cross Church. A decade ago, we worked with the Church and resolved a case allowing it to develop a former Walmart Store into a Church.  The once vacant property is now alive with a thriving church, a youth ministry and a community center. It was a blessing to see the growth of the building and the completion of the property. The Church is nearly built out (the kitchen is the last to be built out) and the Church and City now enjoy a restorative relationship.

The Story of Cross Church and the land use challenge

The Cross Church, formally known as Carlinville Southern Baptist Church (the “Church”) is a Christian congregation located in Carlinville, Illinois (the “City”). The Church is a religious body formed to promote the message of the Christian gospel, instruction and righteous conduct, fellowship of its members and outreach to the community. In accordance with these beliefs, the Church regularly assembles on Sunday mornings and Wednesday evenings to worship. Under the leadership of Senior Pastor Tim Rhodus, the Church had experienced steady and substantial growth in membership that made operating at its former premises impracticable.

The Church considered itself blessed when it purchased a former 60,000 square foot Wal-Mart store (the “Premises”) in early 2008 in order to accommodate its congregation and to continue to promote its religious mission and serve the community. The Premises were in an area zoned commercial, which permitted a religious use as of right. The Church had rapidly outgrown its previous worship facilities and desperately needed to move in order to accommodate its members and to continue to serve the community. It intended to use the Premises primarily for public worship, and also for Bible study classes, fellowship gatherings, administrative functions, and various community outreach activities.

While the Church was thrilled with its purchase, the City of Carlinville was not. The City employed all means necessary to prevent the Church from occupying the building for worship purposes. After the City learned that the Church had entered into a purchase agreement for the property, it changed the City’s zoning regulations to exclude religious uses on commercial property. In response, the Church filed an application for the Premises to be rezoned to allow for a religious use. The application was unanimously rejected by City Council. Once the City learned that its zoning change violated the Religious Land Use and Institutionalized Persons Act (“RLUIPA”), 42 USC 2000cc, et seq., it changed the zoning ordinance three more times in an effort to keep the Church out.

The main reason for the City’s stubborn behavior boils down to money. The Mayor publicly acknowledged on several occasions that the sole reason the City denied the Church’s request for rezoning was the City’s potential loss in tax revenue if the Premises were occupied by a tax- exempt Church. After denying the rezoning request, the City demanded the Church sell the premises. When the Church refused, the City filed suit against the Church on a nuisance theory.

The Cross Church sues the City of Carlinville for violating RLUIPA

In response to the City’s egregious conduct, the Church initiated a law suit challenging the constitutionality of portions of the City’s Zoning Ordinance and seeking a Temporary Restraining Order (“TRO”). The Church alleged that the Zoning Ordinance–both on its face and as applied–violated RLUIPA, the First and Fourteenth Amendments to the United States Constitution, and the Illinois Constitution. Under the U.S. Constitution, the Church contended the Ordinance’s discriminatory treatment toward religious uses was an unconstitutional violation of the Church’s constitutional rights to the free exercise of religion, freedom of speech, association and assembly, and equal protection of the laws. Under RLUIPA, the Church alleged the City violated the Equal Terms, Nondiscrimination, and Substantial Burden Clauses. The City did not dispute that its decision to deny the rezoning request based on the potential loss of tax basis violated the Equal Terms provision by treating a religious entity on less than equal terms with a secular institution.

The Church argued that it was suffering irreparable harm that could only be remedied by an immediate injunction being issued to bar the City from enforcing the Zoning Ordinance. The Church also alleged the City violated the Nondiscrimination provision of RLUIPA by discriminating against one type of religious assembly (the Church), while permitting another type of religious assembly in the same zone (funeral homes). Finally, the Church argued that the City placed a substantial burden on the Church when it barred it from operating in the commercial zone based on its lack of generating tax revenue.