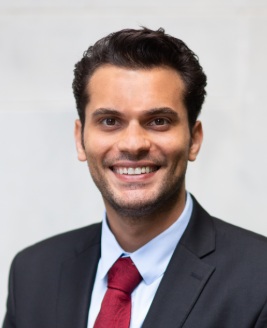 As a law clerk for Dalton & Tomich, PLC, Adel Nucho assists litigation attorneys with cases involving zoning and land use matters, including religious land use matters under the Religious Land Use & Institutionalized Persons Act (RLUIPA).

In addition to his interest in litigation and trial practice, his passion for appellate work led him to join the Moot Court Board of Advocates, where he served as an Executive Director and worked primarily on drafting the problem for the 2019 Patrick A. Keenan Appellate Competition.

As a contestant in the 2018-2019 Patrick A. Keenan Appellate Competition, Nucho was the recipient of the 3rd place best oralist award. His team also made it to the octofinals round in a national moot court competition in New York.

Nucho graduated from Oakland University with a B.S. in general management, minoring in operations management, and was recognized as the recipient of the 2014-2015 Outstanding Supplemental Instructor Leader award.

Nucho looks forward to passing the bar and starting his legal career serving others by providing excellent legal services, which every client deserves!