Home » The Blog » RLUIPA » Does RLUIPA apply to a religious cemetery?

Does RLUIPA apply to a religious cemetery? 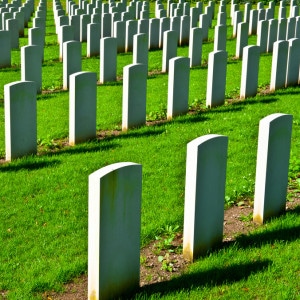 In what may be the next battleground with RLUIPA, a state district court in Minnesota ruled that the decision to deny a Conditional Use Permit for a religious cemetery was arbitrary and capricious. As a result, the Court granted the Plaintiff declaratory relief. A copy of the courts decision of Al Maghfirah Cemetery Association v. Castle Rock Township, MN. and Castle Rock Board of Supervisors is available through our office.

By way of background, Agstar Financial Services, an agent hired by the plaintiff mosque, was hired to purchase a parcel of land in Castle Rock, Minnesota for purposes of building a cemetery. Agstar submitted a CUP application to the Township including a narrative detailing the Plaintiff’s proposal to build a funeral home and cemetery on the property. The Plan Commission unanimously approved the application to build the cemetery, without a funeral home, and included eight conditions of approval.

In reaching the conclusion that the decision of the Township Board was arbitrary and capricious, the Court rejected the argument that the loss of tax basis was a rational basis to deny the CUP. The Court noted that the Board did not have, and thus did not look at, the taxable value of the land when it reached its conclusion. Further, even if had looked at the taxable value it would have found that the revenue generated from the property was $1,284 a year. The court concluded it was “dubious” that taxes were the reason for the denial.

The Plaintiff did not raise the question as to whether the denial of the CUP violated RLUIPA. Had it done it so, the Court may have granted favorable relief on damages and attorney fees as Court’s have concluded that RLUIPA applies to cemeteries, The Roman Catholic Diocese of Rockville Centre, New York, v. The Incorporated Village Of Old Westbury, 2015 WL 5178126 (E.D.N.Y.), and denying land use permits based on the loss of taxable revenue violates RLUIPA, Cottonwood Christian Ctr. v. Cypress Redevelopment Agency, 218 F. Supp. 2d 1203 (CA. Cent. Dist., 2002).

Please contact one of the professionals at Dalton & Tomich PLC to answer your question as to whether your land use claim falls within the parameters of RLUIPA.