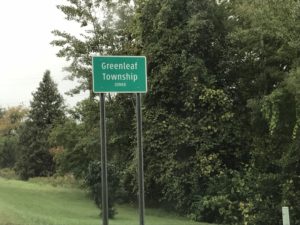 One of the best compliments an attorney can have is when an opposing party hires the attorney who sued them in a subsequent case to defend its interest or pursue a claim. This happened to our firm when Dalton & Tomich, PLC was hired by Greenleaf Township, Michigan, an entity it had sued several years ago, to take a case through trial in December 2018. Retained in September 2018, attorneys Daniel Dalton and Larry Opalewski worked with Greenleaf Township to secure a favorable jury verdict in a trial before the Hon. Mark Goldsmith of the United States District Court of the Eastern District of Michigan, Southern Division.

Following the conclusion of one meeting in Fall 2016, an altercation occurred between the Plaintiffs, the Township Clerk, and the Clerk’s husband. The Plaintiffs also contacted the County Sheriff about the altercation. While  no charges were filed, and no Prosecution pursued, Plaintiffs filed a federal lawsuit three weeks later against the Township and four members of the Township board.

The Plaintiffs’ claims in the lawsuit were claims of First Amendment retaliation by the board members, violations under the Open Meetings Act, the Freedom of Information Act, and Assault and Battery.  A motion for summary judgement reduced several of the claims leaving the First Amendment, Open Meetings Act, and Assault and Battery claims. Prior to trial, and again at the beginning of trial, Plaintiffs made clear that they were seeking at least $600,000 in damages.

After the conclusion of the proofs, the case was submitted to the jury and after less than a day of deliberations, the jury returned a resounding victory for the Defendants. Significantly, the jury found no liability on Plaintiffs’ First Amendment retaliation claims.  The jury awarded one Plaintiff $250 for an Open Meetings Act claim and another $250 for a second Open Meetings Act violation. Thereafter, after initially demanding $600,000 in damages, the Plaintiffs were sent from the courthouse with about $2,000 each.

Despite being retained just months prior to trial, the attorneys of Dalton & Tomich, PLC were able to achieve a very successful verdict for the clients. The verdict saved the clients hundreds of thousands of dollars in damages and attorney fees.

If you are proceeding to trial as either a plaintiff or defendant and would like to retain experienced trial attorneys, please do not hesitate to contact us. We would be happy to speak with you.