313.859.6000 info@daltontomich.com
Detroit and Chicago
Shawnee Mission Church pursues and wins the right to house the homeless in its building in Lenexa, Kansas.
Connect with a
RLUIPA Attorney 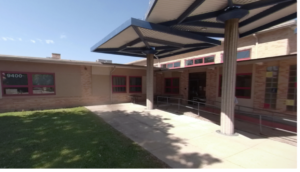 Shawnee Mission Unitarian Universalist Church (“Shawnee Mission Church” or “Church”) has a long and proud history of ministering to the poorest and most vulnerable populations of Lenexa, Kansas and the greater Johnson County area. Over the last several years, the Church has advanced their ministry by partnering with a number of non-profit programs to reach those in need. This year, Shawnee Mission Church expanded its commitment to serving the poor and vulnerable by welcoming Project 10/20 to partner with it to provide shelter to the most defenseless population in Johnson County during the depths of the cold and snowyKansas winter, as there is a lack of available homeless shelters in Johnson County.

Prior to doing so, representatives of Shawnee Mission Church met with the Lenexa City Planner, City Code Inspector, City FireMarshal, and City Fire Department, all of whom reviewed the proposal of the Church to partner with Project 10/20 on a temporary basis to shelter the homeless at the Church from December 1, 2019 through April 1, 2020. After the meeting, City officials told the Church’s representatives that they believed the proposed ministry of housing the homeless was permitted underthe zoning code. The following week, however, the Church received a letter from the Planning and Developmental Services Administrator rejecting the needed shelter and closing the homeless ministry of the Church. Upon further inquiry with the City, the City Manager told the Church that she, alone, made the decision to deny the Church the ability to fulfill its religious mission to house the homeless this winter. The cruelty of the decision is based on the City of Lenexa’s deliberate exclusion of homeless shelters in all zoning districts within its jurisdiction.

As Shawnee Mission church’s calling is to provide a welcoming refuge for those experiencing homelessness, and the City of Lenexa responded  unlawfully through obstruction of that mission through zoning Shawnee Mission filed suit in the United States District Court of Kansas City, Kansas on November 22, 2019.  The Church also filed a Motion for an immediate Temporary Restraining Order or, in the alternative, Preliminary Injunction allowing it to fully exercise its religious mission tohouse the homeless on its property, on a temporary basis from December 1, 2019 through April 1, 2020, pursuant to the ReligiousLand Use and Institutionalized Persons Act, 42 U.S.C. § 2000cc and the U.S. Constitution in violation of the Religious Land Use and Institutionalized Persons Act of 2000 (“RLUIPA”), 42 U.S.C. §§ 2000cc – cc-5, and the Kansas Preservation of Religious Freedom Act, the United States Constitution, and the Kansas Constitution.

The week following oral argument, we met with City and after a long day of negotiations, crafted a mutually agreeable resolution that allows the Church to host its homeless ministry. The key parts of the agreement included the following:

We are grateful to the Court for encouraging this settlement and look forward to partnering with the City of Lenexa to craft a mutually agreeable ordinance to address overnight homeless ministries in the future.